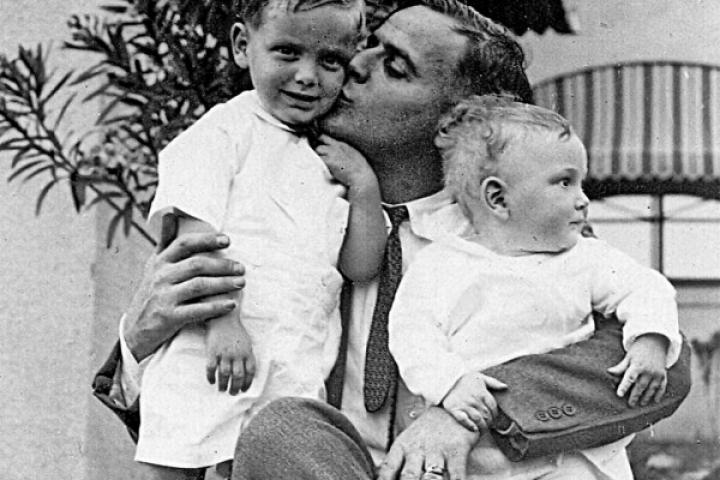 Celebrate Father’s Day and make him feel like the King of the World!

The celebration of Father’s Day can be credited to Mrs. John B. Dodd, of Washington State, who first suggested the idea of the holiday in 1909.

Mrs. Dodd’s father, civil war veteran William Smart, was widowed when his wife died during childbirth with their sixth child. Despite the obvious hardships, Mr. Smart proceeded to raise the newborn along with his five other children, by himself.

It wasn’t until his daughter Sonora Dodd became an adult that she realized the strength and selflessness her father had shown in raising his children as a single parent. The original date chosen for the holiday was June 5, Mr. Smart’s birthday, however the celebration was postponed until June 19, the third Sunday in June, because there was not enough time to prepare.

In 1924 President Calvin Coolidge supported the idea of a national Father’s Day, but it never became official until 1966 when President Lyndon Johnson signed the presidential proclamation that set aside the 3rd Sunday of June as Father’s Day.