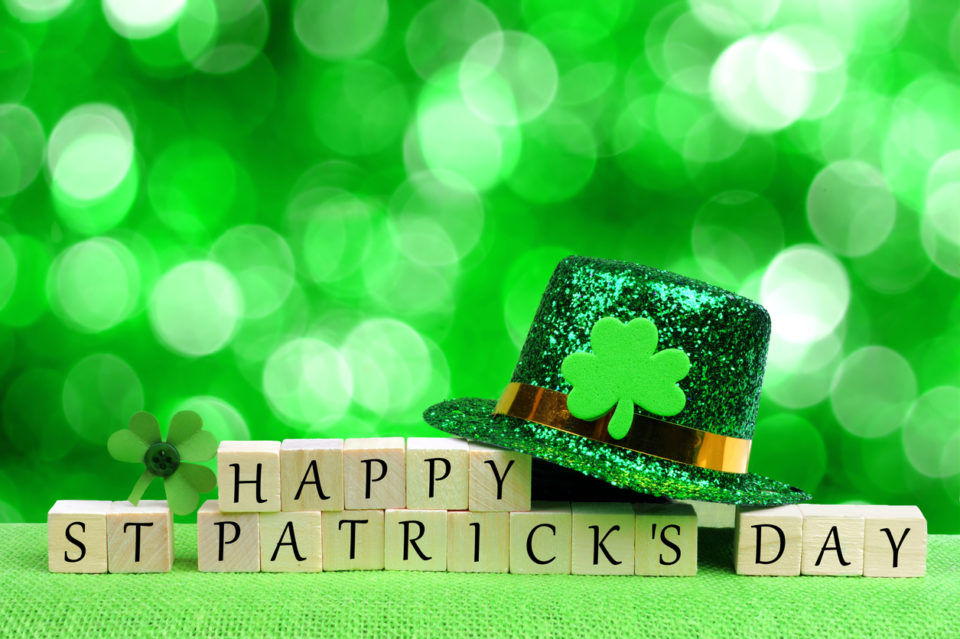 Saint Patrick’s Day (March 17th), is an Irish holiday honoring Saint Patrick, the missionary credited with converting the Irish to Christianity (in the A.D. 400’s).

Saint Patrick was not actually Irish. Historical sources report that he was born around 373 A.D. in either Scotland (near the town of Dumbarton) or in Roman Britain (the Romans left Britain in 410 A.D.). His real name is believed to be Maewyn Succat (he took on Patrick, or Patricus, after he became a priest). He was kidnapped at the age of 16 by pirates and sold into slavery in Ireland. During his 6-year captivity (he worked as a shepherd), he began to have religious visions, and found strength in his faith. He finally escaped (after voices in one of his visions told him where he could find a getaway ship) and went to France, where he became a priest (and later a bishop).

When he was about 60 years old, St. Patrick travelled to Ireland to spread the Christian word. It’s said that Patrick had an unusually winning personality, and that helped him win converts. He used the shamrock, which resembles a three-leafed clover, as a metaphor to explain the concept of the Trinity (father, son, holy spirit).

Legend has it that Saint Patrick drove all the snakes out of Ireland — that they all went into the sea and drowned. Poor snakes.

Green is associated with Saint Patrick’s Day because it is the color of spring, Ireland, and the shamrock. Leprechauns are also associated with this holiday. Leprechauns of legend were thought to be mean little creatures. An exception to this would be the sweet lil’ ol Lucky Charms guy…they were probably added later on because they looked cute on greeting cards.

As the saying goes, on this day:

An Irish blessing to take with you today

May your blessings outnumber the shamrocks that grow
And may trouble avoid you wherever you go.